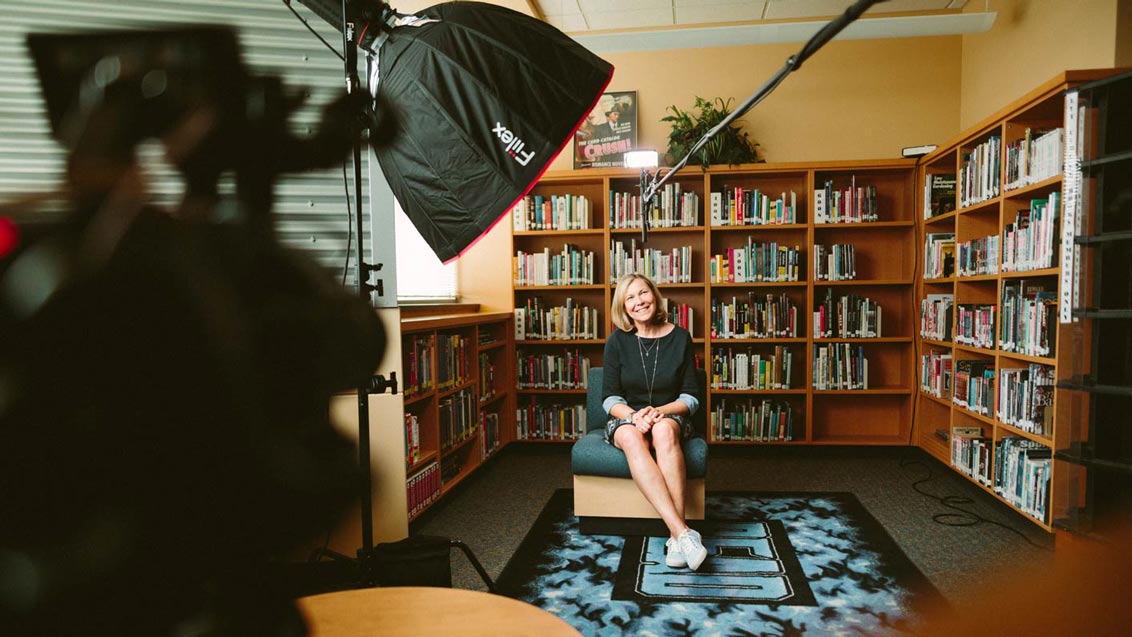 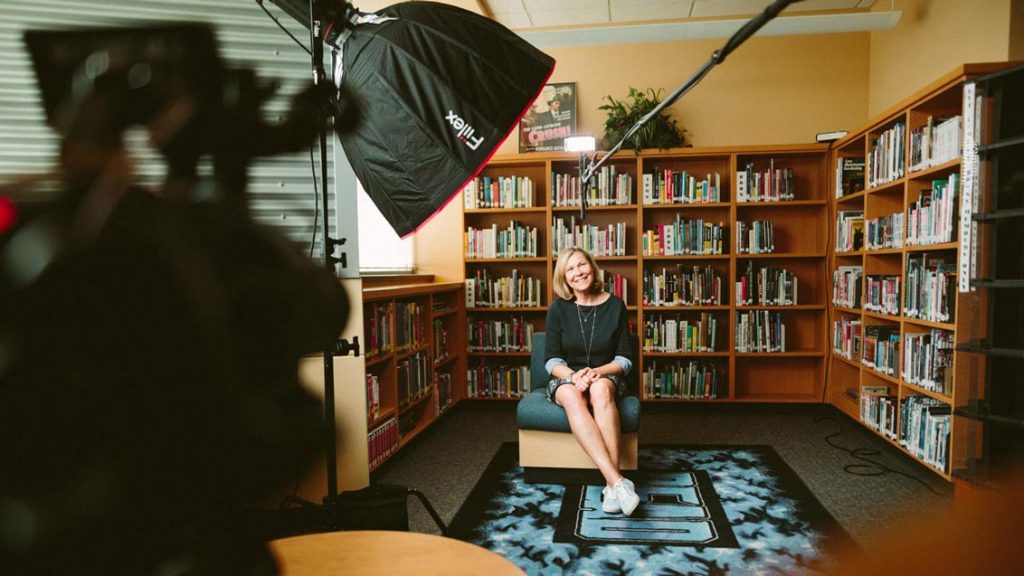 How to make a corporate video

Are you going to order or have you received an order for a company video? How to think? Where should you start?

What is the purpose of the brand video? Why does the customer, or you, want to make a movie? What problem are you trying to solve?

If you’re clear what the goal is, you can reverse engineer the video, and make what you actually want.

6 Other things to think about in pre-production

Deciding which is your optimal audience can help answer what video you should make and where it should be shown.

Educate or entertain. That’s really what you have to choose from. Think about what you look for when you are a consumer. When you make a video you’re competing against everything else that the consumer can watch instead.

Interviews and cutaways? Still pictures and text? Someone speaking or not?

4. Where will the video be shown?

Even if you make a general movie about the brand for website use in the first place, you may want to use it later in advertising. To maximize time and money you should think about multiple uses for every video ahead of time.

To increase creativity and visual thinking, one can find music first. With music it becomes clearer how the movie can look.

What’s the video’s hook? A title that catches attention, a picture with colorful text on youtube. How could it look? On youtube, the picture and the title are almost more important than the actual video. 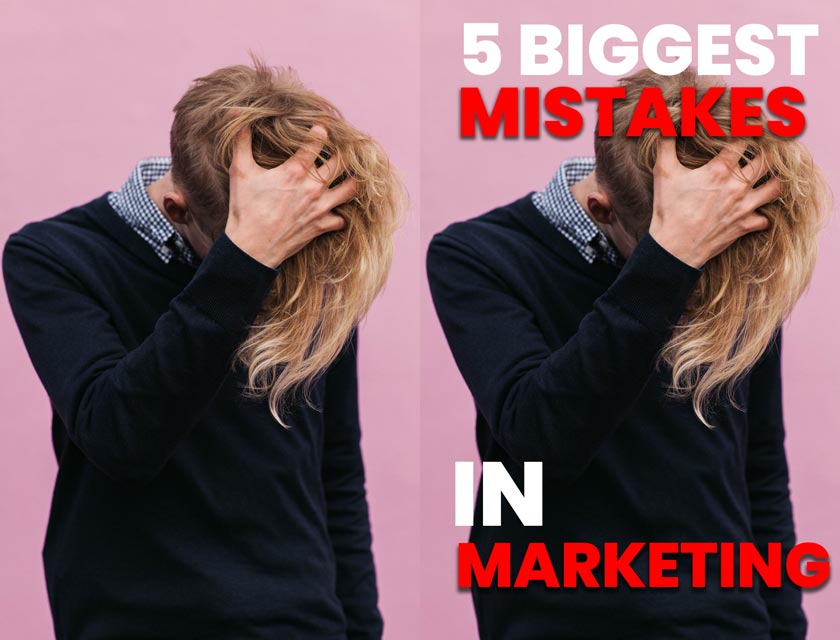 Although you have done your pre-production, you often have to improvise on location regarding:

There are many different parameters that determine which location is preferable when filming for example an interview; light, color of light, interior and sound level.

To avoid having to learn photography and composition from the ground up, consider the following:

A larger room is almost always better than a smaller room. You get a distance between the person you are interviewing and the background. The problem with large rooms is that they often contain people or other things that make noise.

Normally you want the same color of all light that falls on the object, If you cannot clearly separate the light sources. So for example, if you have a room with daylight and ceiling lights you can’t turn off – you should probably try to look for a different location.

What is the existing light in the room? Can you use the light from the outside and turn off ceiling lights? Or can you close the blinds and use the indoor lighting?

Sound
Is there anything in the room that makes noise? Is it possible to turn off any fan? How’s the Echo?

Recording
Wireless, boom mic or hand mic. What to choose?

Interview
There is a lot to think about during an interview. What should the person say? Did we get what we wanted out of the interview? This can sometimes be tricky If the person is nervous. If that’s the case there are some things you can try.

The actual content is the most important thing. The sound is actually more important than the picture.
If you accidentally turn off the camera but still pick up good sound, you can make a video entirely with cutaways and sound. No one would think about it.

As a photographer you start from: what looks good.
But that’s not really the most important thing.

Things that are easy to miss

What can’t you miss as a filmmaker?

In the end, there are only 3 things:

Everything else usually works out anyway!

Cutaways are good for being able to edit and make an interview more dynamic. How to approach cutaways depends on how you want your video to look in the end.

For a company or someone making their first films, it is a good idea to shoot from different distances. So you get close-ups, medium shots and long shots.

Shoot scenes
For example, “Person A goes up to Person B who’s working on a laptop”. And then we cover that sequence in long shot, medium shot and close-up.
Otherwise, it is easy that you end up with random shots. And then the edit can seem a bit incoherent and hectic.

Camera movement
If you are moving the camera, you should generally think that the camera is rotating or moving around an object, rather than you rotating with the camera.
Small slow up / down or sideways movements can add dynamism to your footage. If you’re not an experienced camera operator you can easily add it digitally in post production.

Optimize for time and energy
If the filmmaker or subject is tired and bored, the result will not be particularly good.

I also shoot a lot of slow motion. Most often, I find that clips for corporate films work better in slow motion.

For a corporate movie consisting of interviews, cutaways and music – I’ll start by sorting all filmed material into different folders in Adobe Premiere. It gives structure to the project and I get an overview of what I have to work with. See our instructional video above.

If music hasn’t been decided, I start listening to music on Adobe Elements. Because I have the video material fresh in my mind, I get ideas on how the video can be cut when I listen to different songs.

Basic editing
Once I find the right song, I drag each interview clip into a separate timeline, cut the questions and structure each separate answer individually. It is good to color-code answers for structure. Throughout this process i also think about how the film should be cut.

Sound Outline
I pull in best answers to a new timeline and match them with the music. I ignore the picture and just listen to the sound for the right timing and story,

A couple of texts with a nice font, throughout the movie,  make almost all films feel more professional.

On Youtube and Linkedin, I only use regular subtitles. Keep in mind that many people consume video without audio so subtitles are a must.

The video is done! Usually I cut a version in 1920×1080 and duplicate the timeline, change to other formats and fine-tune all images and texts.

On Twitter, a video can be a maximum of 2 minutes and 20 seconds. The maximum file size is 512 MB. I try to keep the video below 15 MB as I have noticed that the quality sometimes changes when the file is larger.

Hope this helps you with your next corporate video or video production. Check out our other blog posts for more movie tips! 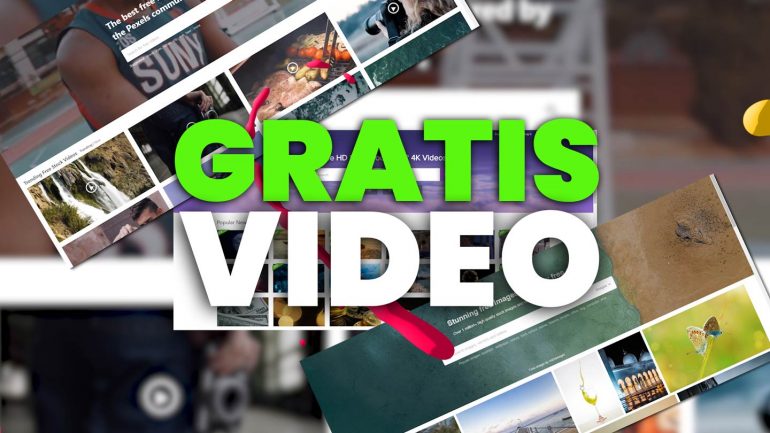 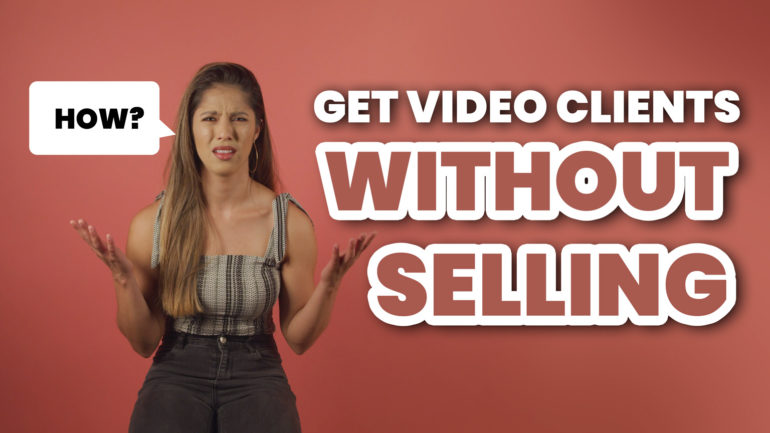